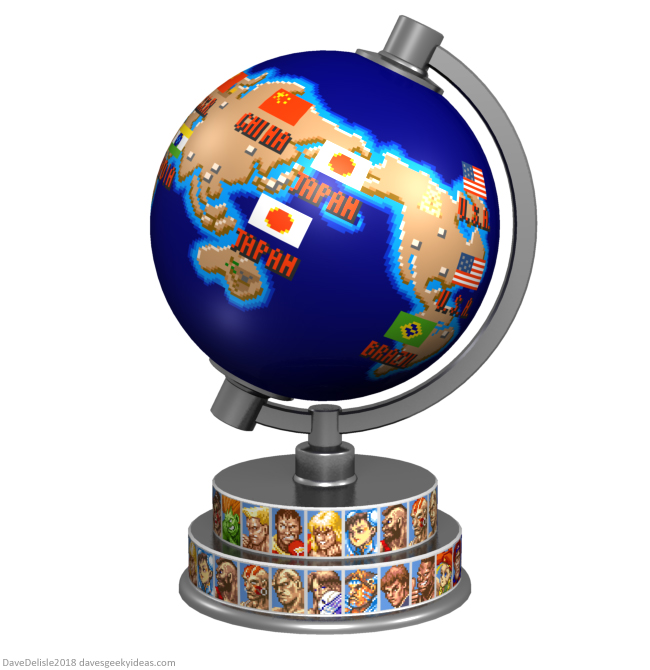 Went with Street Fighter II for this globe design because the characters look good wrapped around the stand, however this idea could be applied to any geeky property that has its own world map: The Hobbit, World of WarCraft, The Last Airbender, Elder Scrolls, A Song Of Ice And Fire, and so on.

Apologies for the sparse map, I used the one from the very first version of Street Fighter II because it was easier to apply to a globe. Given more time I would incorporate a few more countries, including obscure ones like Canada.