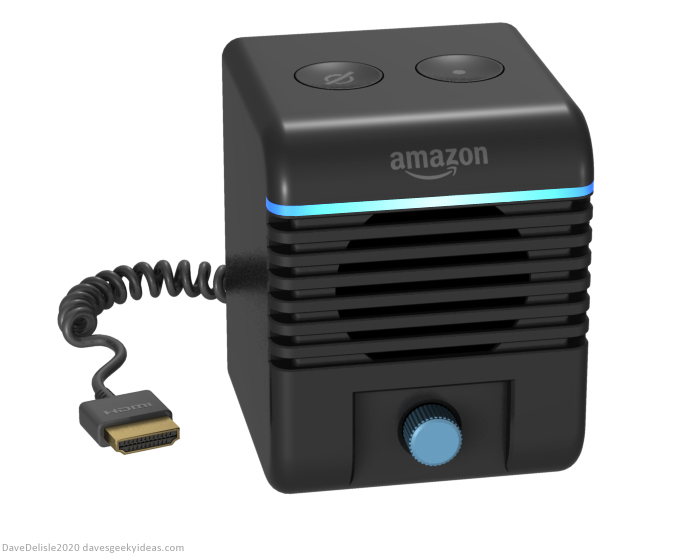 Way back in the prehistoric era, people used to watch movies in their cars. They did this at a place called a Drive-In Theater. It was so long ago, that cars were propelled by feet, pet dinosaurs were a thing, and they ate Bronto ribs instead of popcorn.

I simply redesigned the Amazon Fire Cube to look like a Drive-In speaker. The Fire Cube streams movies and has a smart speaker built-in, so I thought it was a good match. The volume knob is at the bottom, just like the original Drive-In speakers. The device should be all shiny and chrome, but I felt that was a bit much.

Sometimes I will post a dud here (okay most of the time I do). When a post falls flat and doesn’t draw any clicks I will nuke it from orbit. I made and posted this NYC-themed movie theater design in the summer of 2016, thought I’d re-post it now because I do like it, warts and all.