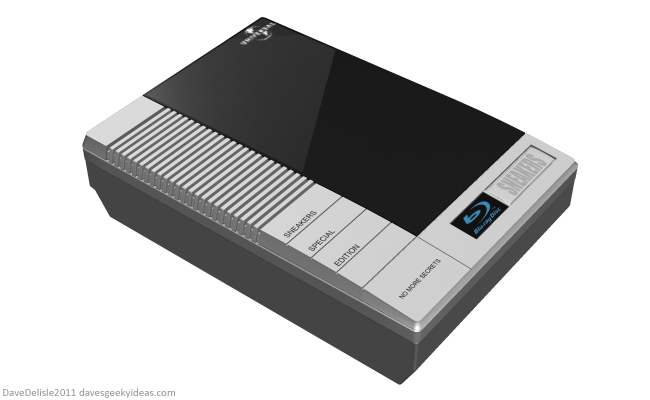 Sneakers is one of my all-time favorite films, simply for the fact that it’s just a fun film through and through. It’s too bad it hasn’t become a franchise, but then again I’ve seen the Ocean’s Eleven sequels and maybe it’s for the best.

Sneakers isn’t as high profile as the many other films I’ve featured in this blog, but still it’s a personal favorite and the film is just so geeky. I don’t mind tackling designs for smaller or obscure properties, as long as the design makes sense.

If you’ve seen the film, this Blu-Ray case is pretty self-explanatory. If you haven’t, then I highly suggest you seek it out – excellent popcorn movie. Looks like it hasn’t been released on Blu-Ray yet (oddly enough it was released on the now-dead HD-DVD format), so you may have to endure a basic DVD transfer to enjoy the film.

This case is almost to scale with the prop from the film, though it could be compressed into a standard jewel case, similar to a steelbook or a collector’s tin.

If you are a fan of this film, then you should check out this great write-up over at CHUD, which pretty much sums up my enthusiasm towards this film.