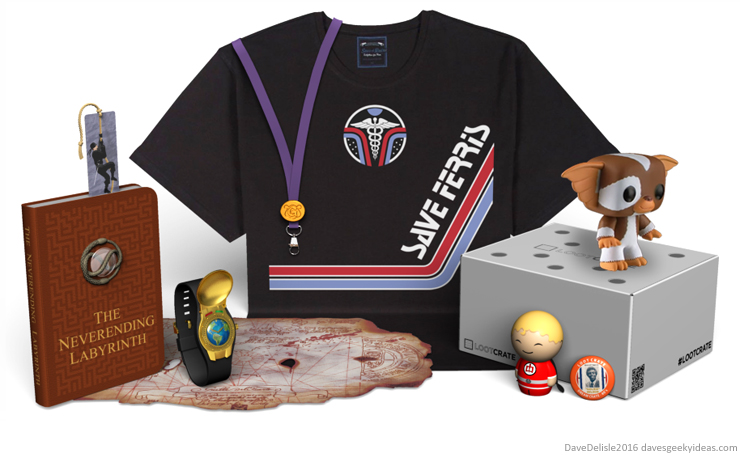 The folks at Loot Crate invited me to put together a “Dream Crate” of my own design, and being a fan of their geeky subscription service I couldn’t resist! After much deliberation I settled on a theme: the 80’s.

These items are based on pop culture that is (mostly) exclusive to the 1980’s, for a bit of authenticity. This means I stayed away from stuff that originated in the 80’s but continues on today in some form, like Transformers, He-Man, TMNT, and so on.

From left to right:

A few of these franchises lurched into the 90’s, but I overlooked that to make a diverse selection of goodies.

Some details: that is Wesley climbing a rope on the bookmark, there is string tied to the top and bottom of the bookmark to make it look like one continuous rope. The seal on the book is two snakes forming an infinity symbol around an orb (much like what the Goblin King would use). The watch features a folding cover.