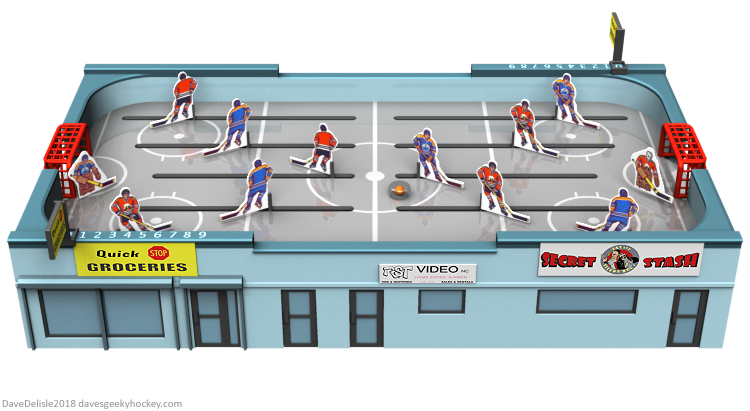 Here is a tabletop hockey set design that pays homage to the rooftop hockey scene from Clerks. The building facade is on both sides of the rink, the Quick Stop signs are score markers, and the players are decked out in Kevin Smith hockey jerseys.

The players should be wearing shorts and sneakers, so apologies for not being completely accurate here. All the View Askew characters, like Jay and Silent Bob, would be illustrated as players too.

If you look at center ice you’ll see they are using an orange street ball, but it is encased in a clear plastic puck (an idea for anyone who wants to make street hockey tabletops).

Like everyone else I am glad Kevin survived his health scare last week, here’s hoping he makes films well into his 80’s like Clint Eastwood.