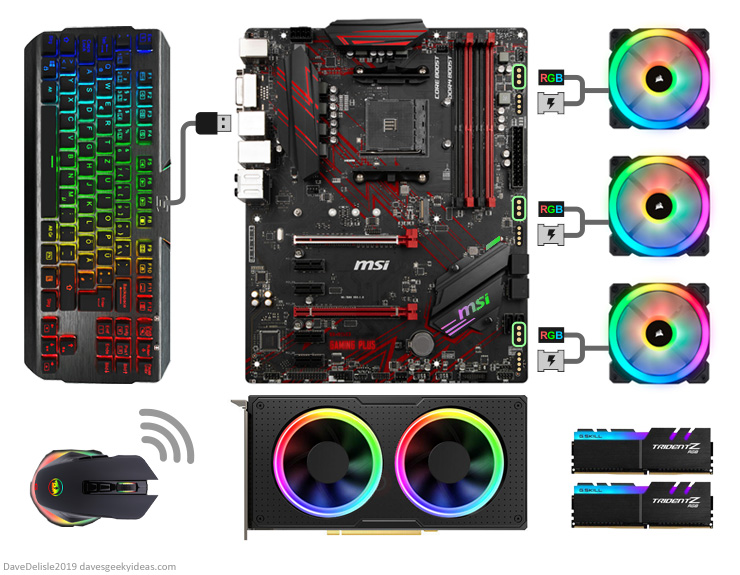 I was looking into getting some RGB-lighted fans for my desktop, but then I saw how they were installed and decided to pass. While RGB stuff looks great, they add a bunch of wires and need dedicated software to customize their appearance, which can be a pain if you buy stuff from a variety of brands (Razer, Corsair, MSI, etc.).

I’d like to see a new universal RGB standard baked into motherboards that would control all the RGB lights for both on-board hardware and external peripherals, regardless of the manufacturer.

This would require two major changes:

This RGB standard would be akin to what we have with USB, PCI-E, SATA, and so on. All of the major companies would have to get together and agree on such a standard.

I can see other devices getting in on the RGB bandwagon, if a plug-and-play standard were in place. Printers, speakers, and webcams, just off the top of my head.