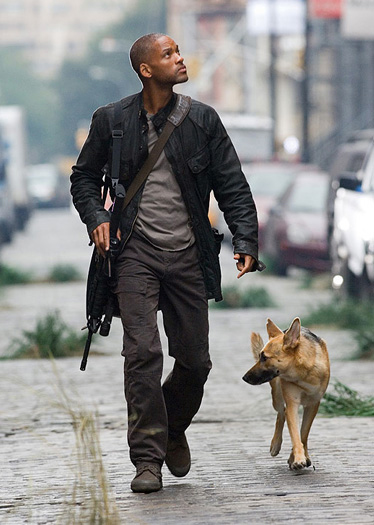 Sick of zombie video games? Well I have one idea that I hope is the mother-of-all zombie games: an open world (think Grand Theft Auto) zombie game, where it’s you in a decaying city filled with zombies.

You would go on missions that involved rescuing uninfected humans, acquiring weapons and supplies, trying to find safe shelters, and so on. The end goal may be to find a cure or to escape the city.

Functioning cars with fuel will be few and far between. Food, weapons, and first-aid will also be in short supply.

One core mechanic that would be cool: if you decide to avoid missions and objectives for a prolonged period, the odds become worse and worse for you. The zombies would grow in numbers, the supplies and uninfected humans would become scarce. You’ll always have an incentive to accrue supplies and engage the zombie threat.

Another mechanic is the ability to use multiple characters, which you can toggle between. This would be handy when coordinating the efforts of a group, like positioning one person to be a sniper lookout and another to guard a safehouse entrance. Also if you lose someone to the zombie plague, they are gone forever. So you’ll have to enlist other survivors to join your group. If you deplete your pool of humans, it could very well be game over.

It would be devastating to lose that one character you’ve spent X number of hours playing as. But the harsh reality of the game would make you seek out that dead/undead body to recover weapons and supplies.

You might have to kill zombie versions of people you once played as. Friendlies who have just become infected may need to be executed at your discretion. I’d like to think someone who plays this game would be confronted with difficult choices.

The film I Am Legend dealt with a vampire-like plague, though many traits from that film could be used here. A night/day mechanic could be employed. Secure safe houses could be setup throughout the city. Salvaging and stocking supplies would be crucial to survival.

Other traits I’d like to see from other properties: noise could attract zombies, like those seen in The Walking Dead. The infection could pass as easily as getting blood in your eyes, as seen in 28 Days Later, so be careful about using the shotgun at close range. You may have to deal with hostile humans seeking to steal your supplies and weapons, as seen in Falling Skies.

The ideal city would be in complete ruin. Electricity would be non-existent. There would be no HUD, so you’ll have to keep your eyes and ears open for signs of human life. Missions would be designated by flares in the sky.

Having this in an open world creates so much possibility. You could be a lone wolf and find yourself barricaded in a post office fighting off an onslaught of zombies. You could round up an army of humans and set up a base of operations in the football stadium. It’s all up to how you approach the zombie menace.

Leave a Reply to The Dead Cancel reply