Those aren’t cassette spindles, they are PC case fans which help keep your expensive hardware cool. It was that idea that launched my latest design: a PC tower case based on the infamous Decepticon, Soundwave. Consoles inferior, PC superior, the monotone robot would say.

If the case seems huge, I didn’t mean to mislead. This is a standard case with a window opening, so the layout necessitated the back end being a removable enclosure. This conceals your wiring, and helps combat dust. 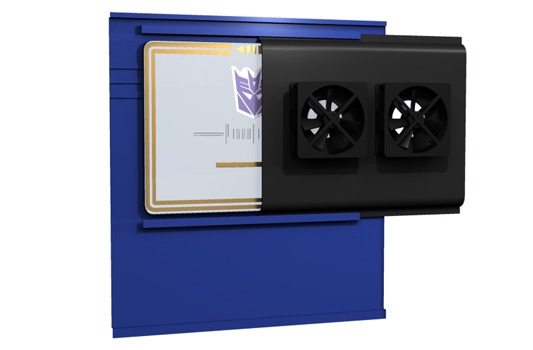 Don’t want Laserbeak filling up the window frame? The cassette can slide out from behind the side panel, allowing for an unobstructed view of the PC guts. This feature would also allow other Cassette minions like Rumble and Ratbat to be swapped in. 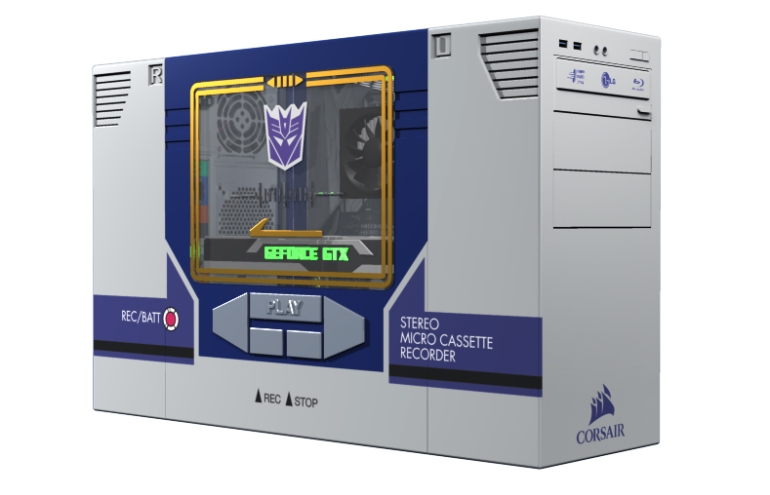 From time to time, Soundwave would also display schematic data on his cassette deck opening, so if one were inclined an LCD screen could be mounted behind the window for such an effect.