I’ve been wanting to design a case for the Raspberry Pi for years now, so I’m happy to share this concept with you today. This is cheating a bit, as it based on an existing computer, the ill-fated Hot Wheels PC from the 90’s. Those were crazy times, entire desktop PCs marketed towards spoiled brats.

Yeah, I said spoiled. In my day, we were given calculators to play with outside in snow blizzards, and that’s if we were lucky! Anyways, I’m digressing a bit. Darn kids. 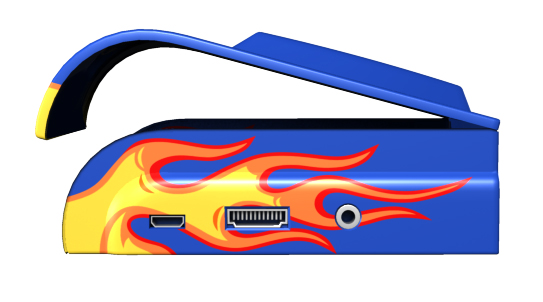 This Raspberry Pi case has a scoop intake on the hood, for people who like to attach fans or heatsinks to their Pi’s. The hood also opens like a car for convenient access to the hardware.

I didn’t make a Barbie version (leave your angry comments below), but I think it would be inspired by her famous pink Corvette. I also didn’t include some matching game controllers, because let’s face it, Pi’s are for emulation or those unable to buy a NES or SNES Classic.