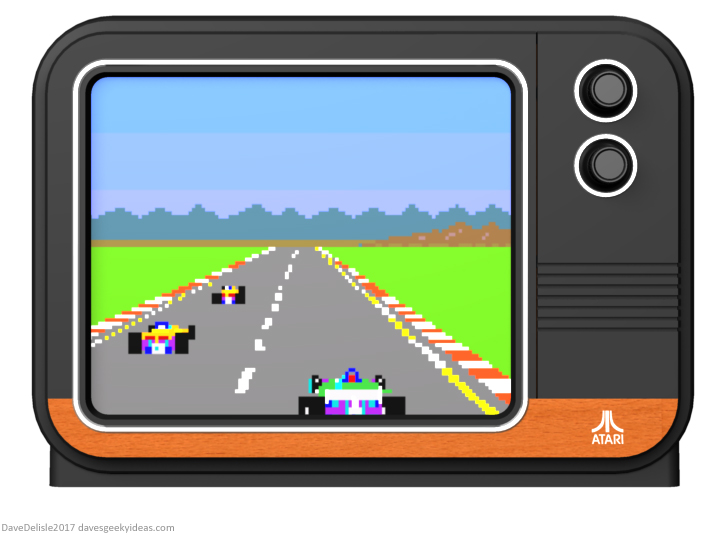 Another 4:3 gaming TV design, this one Atari-themed. I thought about designing TV’s with consoles built-in, but then I remembered those awful TV/VCR (or DVD) combos from over a decade ago, so for now I think it’s best to just stick to vanilla TVs that require separate consoles.

Just open up the side panel to reveal storage for controllers. The paddle controllers sit on the inside of the door panel, allowing their wheels to look like the channel dials of an old television set.

It would be tidier if all the controllers were wireless, which the modern AtGames Atari systems are anyway, though I don’t think they’ve released paddle controllers yet.

This is something I should tackle soon: controller storage. Sometimes I have too many strewn about. The messy controller menace must be stopped.