Super Impulse recently released a mini TMNT Arcade Cabinet that looks very cool, but is not all that fun to play. If it were up to me, a Turtles handheld would be a pizza box that looked and functioned like a Game Boy Advance SP.

You could fit all 3 NES games on there, plus the Game Boy game (Fall of the Foot Clan), and even Turtles in Time from the SNES can be included, thanks to its 2-button control scheme.

It would be awesome if this handheld could feature multiplayer somehow, even if an old-fashioned game link cable is required. Multiplayer is something I wish these modern handhelds (from Anbernic and Powkiddy to name a few) could do, as I can’t tell you how often I’ve wanted to play Turtles or NHL ’94 with a friend.

If it’s possible to punch a hole in an LCD screen (like smartphones do to accommodate cameras), then several holes can be made to allow physical game controls to peek through a display.

This approach could be done for smartphones or next-gen gaming handhelds (PS Vita 2?), but personally I would be happy if this was a dedicated retro gaming handheld, of which there has been an explosion of new models this past year.

END_OF_DOCUMENT_TOKEN_TO_BE_REPLACED

This is handheld gaming device in the same vein as that Oregon Trail handheld that came out a few years ago. It features a 16:9 LCD screen, making this device the size of a small smartphone. It is held like a Game Boy, featuring 2 buttons on the front to control the paddles, and an analog nub in the middle to control the pinball shooter/plunger.

END_OF_DOCUMENT_TOKEN_TO_BE_REPLACED 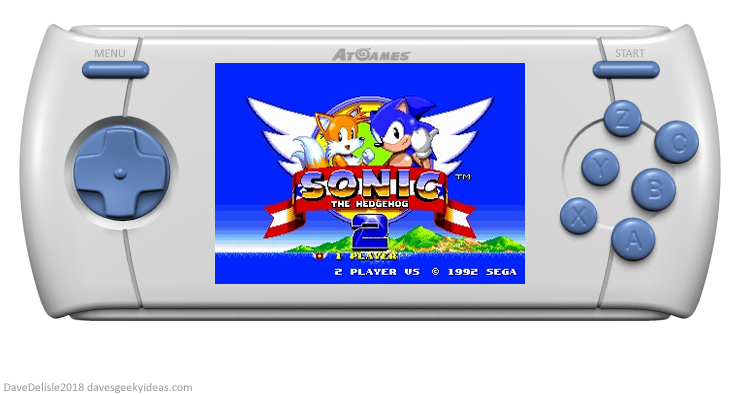 There have been several iterations of this SEGA handheld released by AtGames over the years, and I always thought they looked soooo close to resembling the Dreamcasts’s VMU device. Thought I’d post a mockup.

These handhelds are decent for the price. They have a good screen, rechargeable battery via USB, some built-in games, and an SD card slot so you can add some more games. I never pulled the trigger on one because of their well-known sound issues.

However if they did release a VMU or Game Gear-styled version, that may be enough for me to buy one.

END_OF_DOCUMENT_TOKEN_TO_BE_REPLACED 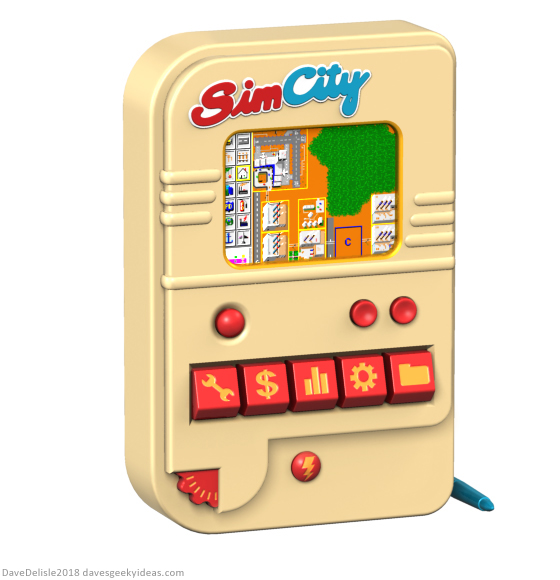 This past week a company called Basic Fun released a handheld version of The Oregon Trail, an educational PC game from the 80’s. I’d like to see the first SimCity (1989) get the same treatment, mostly because that was my PC game from the era.

Of course I gotta be cheeky and make a design that is based on the game’s box art. My design is in keeping with Basic Fun’s Oregon Trail handheld, but if they want to add a bunch of dials and displays like the aforementioned box art, that would be pretty cool too.

END_OF_DOCUMENT_TOKEN_TO_BE_REPLACED

Many folks believe the Nintendo 64 mini classic is next on deck after the SNES classic releases next month, but I’m pretty sure Nintendo wants to remain in the late 80’s/early 90’s era of their history and will opt to release a Game Boy classic handheld instead.