Here is a dock design that can wirelessly charge your smartphone or tablet, and lets you play your favorite racing game as well. This is based on the TOMY Turnin’ Turbo Dashboard toy from the 80’s, and is inspired by this neat mod I saw on Youtube. There was a time when gaming peripherals similar to this were made for smart devices, I doubt such a thing will ever happen again. 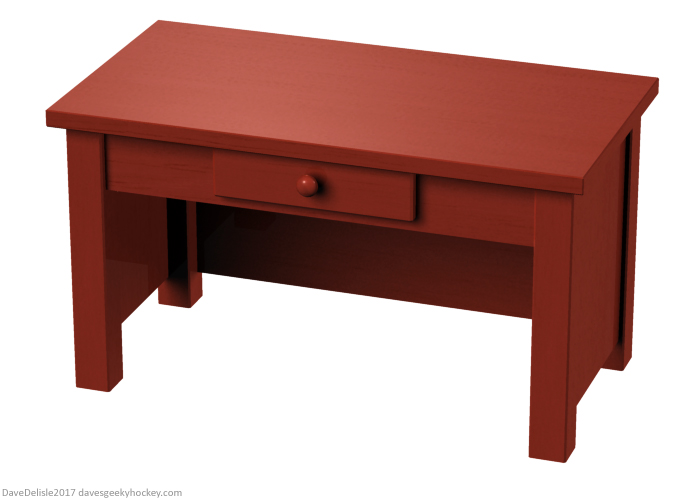 I haven’t done a Jurassic Park design in a long time, so how about this…boring desk? I’ll clear up the confusion shortly, but first let me start off by saying that I was inspired by this neat Millennium Falcon Theater. In that setup a tablet device is elevated, allowing users to lie underneath it and watch movies.

END_OF_DOCUMENT_TOKEN_TO_BE_REPLACED

Recently I had the privilege of collaborating with Tom Spina Designs, makers of the famous Han Solo in Carbonite desk. The gig was for another desk, this time a commission for a client who wanted something special for their office: a desk based on the bridge from the most recent Star Trek films.

END_OF_DOCUMENT_TOKEN_TO_BE_REPLACED

This is a geeky easel for parking your tablet on your desk. The design is based on Picard’s computer from his ready room in the TNG series. The tandem of the tablet and easel makes it appear like a functioning Star Trek computer (which was also touchscreen on the show). This prop would be a great addition for geeks who refer to their workspace as a “ready room”.

It features an adjustable backboard (to tilt your tablet) and a Lazy Susan to swivel it in place. You could go a step further and make it a wireless charging dock as well. The front section could also provide some storage space (for office stationary). If you want to be really fancy a fake back-lit screen could be included in the easel for when there is no tablet in place. 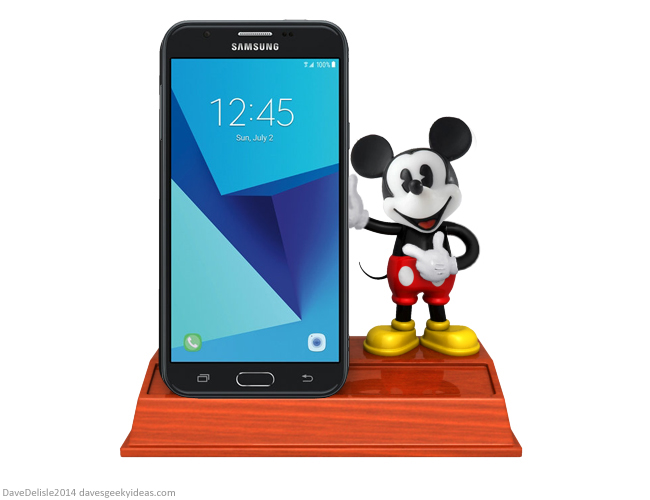 This is one of those no-brainer ideas that I’m surprised doesn’t exist: you take the classic Mickey Mouse phone and use that as the basis for a cradle/dock for modern smartphones or tablets.

At a fraction the size of the original phone, this is essentially a figurine on a stand. The phone would be held in place by the base/dock, so Mickey wouldn’t have to do any heavy lifting. It would just appear that he is propping up the phone.

This cradle would be a great accessory for viewing or charging your device. I certainly would love one on my desk. 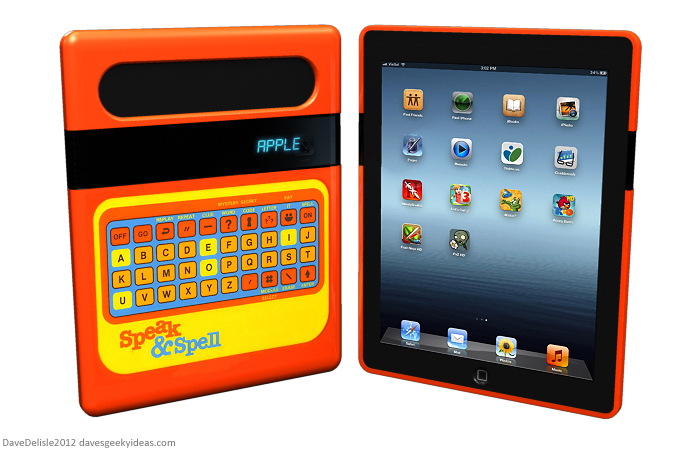