NHL ’94 turns 25 in a few months! If it were up to me, I would re-release it in this nifty cartridge with a built-in goal light. The LED light would illuminate when a goal is scored (unless the scoring team is the Canucks or Oilers).

The idea isn’t so far-fetched. Recently there have been commemorative cartridge re-releases for Street Fighter II, Mega Man 2, Mega Man X, and Holy Diver to name a few. Are retro game cartridges following the same footsteps as vinyl albums? Time will tell.

I doubt NHL ’94 would get the re-release treatment, despite the game’s cult following. However this cartridge would make for a cool Budweiser Red Light or a Hallmark ornament.

The light gimmick would be great for other cartridge games. The buzzer in NBA Jam, fatalities in Mortal Kombat, low health in Zelda, getting damage in Goldeneye 64 — I can go on forever. The trick is programming the light to react to an in-game event.

I was recently looking over some old Coleco table hockey players, and had an idea: die-cut stickers (meaning no white backdrop) on clear plastic blades. This approach would not only look good for those Coleco players, but for pixelated players too.

END_OF_DOCUMENT_TOKEN_TO_BE_REPLACED 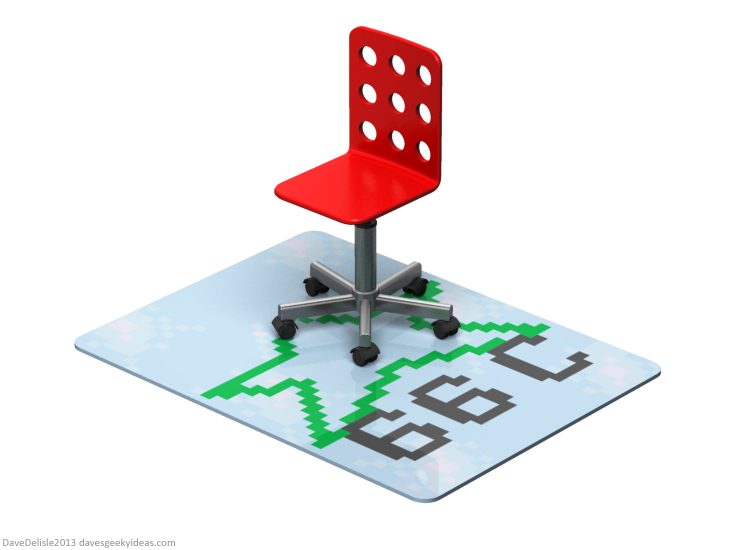 There are really no geeky chair mats available right now (I can’t find any), but if I had my way there would be one based on the star player icon from NHL ’94. This could also apply to other 16-bit sport series made by EA back in the day, like Madden or Bulls Vs. Lakers.

END_OF_DOCUMENT_TOKEN_TO_BE_REPLACED

When I was a kid I used to own the Wayne Gretzky Overtime table hockey set. Every hockey player, including those that came with the table, came with a little stand so you can display them when they’re not affixed to the table.*

I mention these table hockey players because they were small and fun to collect (and even customize). I’m hoping that one day a similar approach could be taken with NHL players from the EA 16-bit era (NHL Hockey 92, NHLPA 93, NHL 94 – NHL 97). These small figurines would be a blast to collect.

*These stands were great because you can snap them together to make a big team stand. A similar approach could be used for the EA figurines too.