Remember when the Xbox 360 launched and the console featured interchangeable faceplates? It was a neat idea inspired by cellphones of the era, but it didn’t catch on sales-wise and the faceplates were nixed after a few years.

END_OF_DOCUMENT_TOKEN_TO_BE_REPLACED 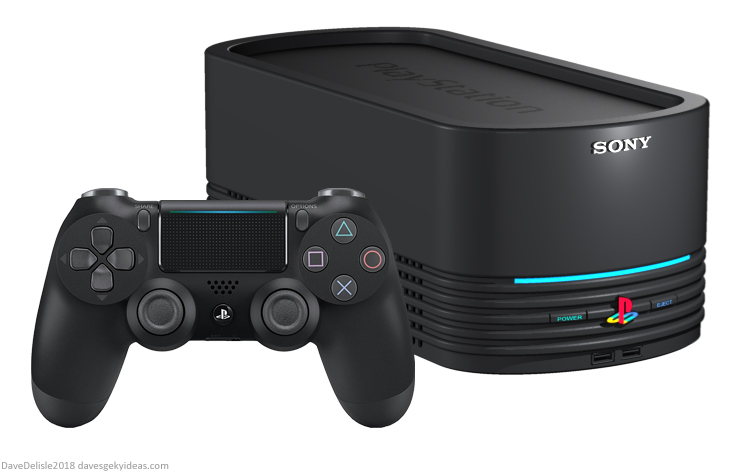 Last year a Sony executive said that the company “can’t ignore the Nintendo Switch”, so that got me thinking: would they copy Nintendo? Perhaps not outright, but they could steer their next PlayStation in that direction if they really wanted to.

Personally I would make the PS5 a traditional home console that could be upgraded with a mobile component, if the consumer wanted. You’d start off with the console and controller, then buy a handheld device separately.

In this case the handheld device would be similar to a PSP or PS Vita. The games would migrate from the console to the handheld on demand, just like a Switch.

The handheld would dock on the console, the top of which is a wireless charging pad (this could be used to charge game controllers too). Games and data would be transferred wirelessly.