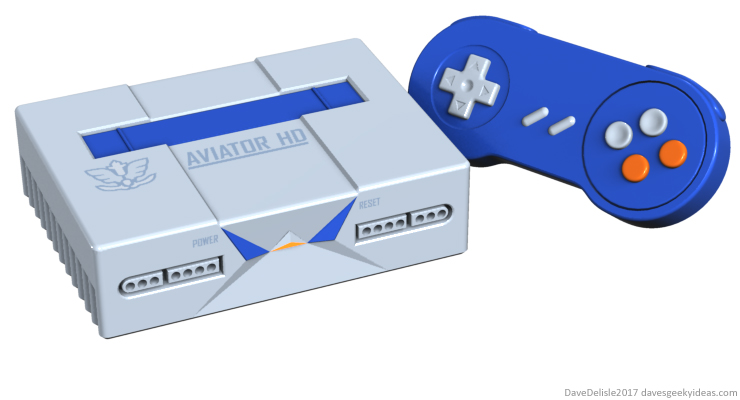 Another clone console design, this time for the SNES. There are plenty of SNES clone consoles on the market, but the only HD ones at the moment appear to the the Retron 5, Retro Freak, and the upcoming Supa Retron HD. Thought I’d do my own budget SNES design with a Star Fox theme.

The only fancy feature is an RGB LED light indicator on the front, allowing it to pulse between amber and red colors, just like the rear thruster of an Arwing.

The blue triangles on the front are the power and reset buttons. No cartridge eject button, it’s not a staple of clone consoles. In fact that previously-mentioned Supa Retron HD might be the first SNES console to feature an eject since the original SNES.