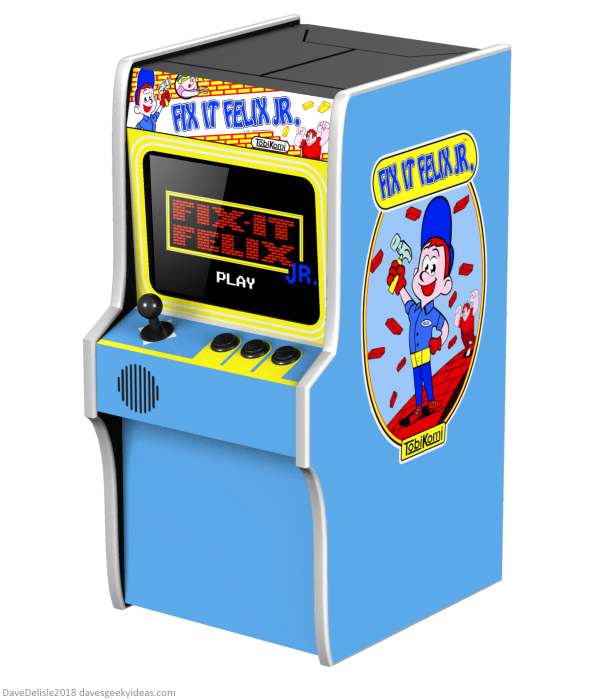 This Fix It Felix Jr. idea began as a full-size arcade cabinet that stored a tool chest and tool organizer (may post that design one day soon), but I felt a mini tool set would have wider appeal, so I went with that here. This is a functional mini arcade game that doubles as a case for a set of tools.

This opens up like a book to reveal the tools. It’s possible for the arcade to emit the phrase “I can fix it!” when opening the case, but that might get annoying after awhile.

The tools are for gadget-minded folks, no hammers or wrenches here. Included are a pair of pliers, wire cutters, wire strippers, precision screwdrivers, and more. I know the character used a hammer, but that would’ve made this too big.

This mini arcade cabinet is about 7 inches tall, which is bigger than those Basic Fun models, which stand 5 and a quarter inches. Despite the tools taking up all the storage in the back, there is still ample room for an LCD screen, pcb board, controls, and batteries.

This would come with the actual Fix It Felix Jr. game. They made one as a promo for the first movie, which you can find on the Disney website. There are also some unofficial ROMs floating about as well. The weight of the tools would hold the arcade cabinet in place, ideal for lengthy play sessions.

The case can stand upright or lay on its side: 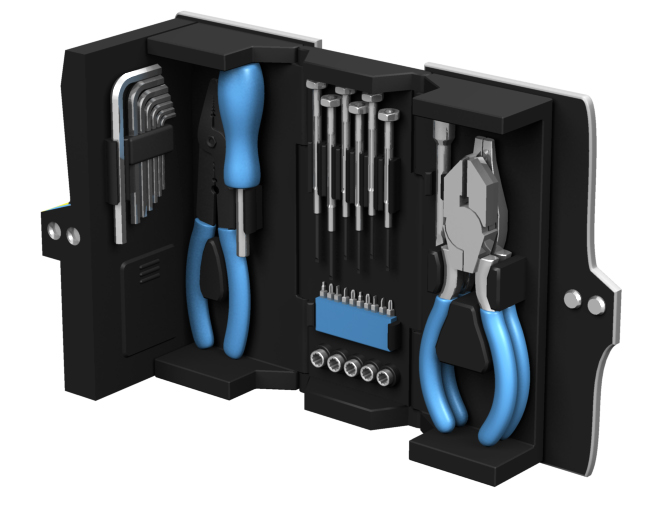 One feature I thought about including was a Voltage Tester that used the arcade screen to display information. I axed it because I didn’t think many people would want that feature.

So there you have it, a neat little tool set that you can display on your desk or shelf, and one that’s fun to play with as well. Speaking of which, I’d like to see Basic Fun release a Fix It Felix Jr. mini arcade cabinet, it would be the must-have item for the upcoming sequel.