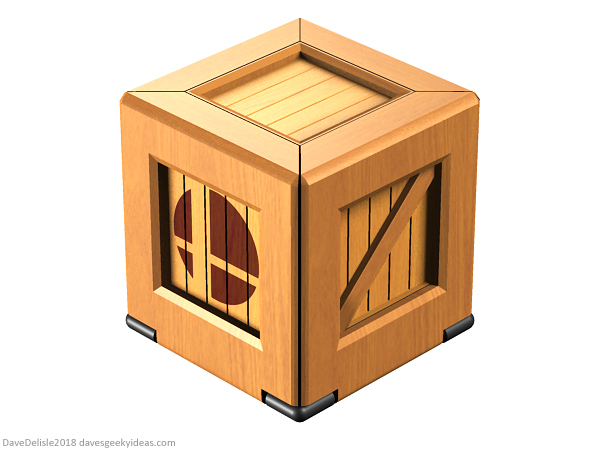 Nintendo recently announced Smash Bros. will be hitting the Switch this year, so I dreamed up this display stand that was inspired by Battleship, the old board game. It’s handy for 2-8 players.

The crate unfolds like an orange peel. The recessed panels of the crate fold up to be adjustable back supports for the Switch consoles:

The tower in the middle has a lid that pops off to reveal the storage for all 8 player chip markers: 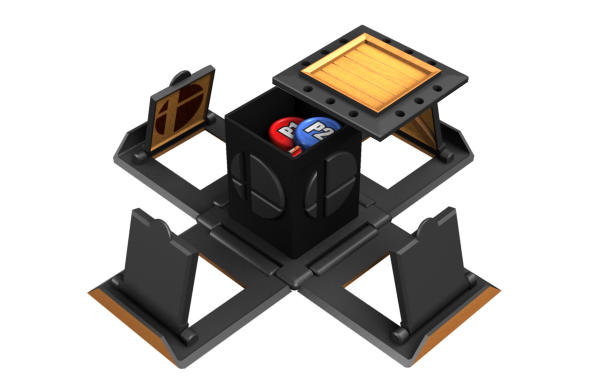 Add up to 4 Switches and plug in the player chip markers accordingly. Now you can easily see who is who in the game. 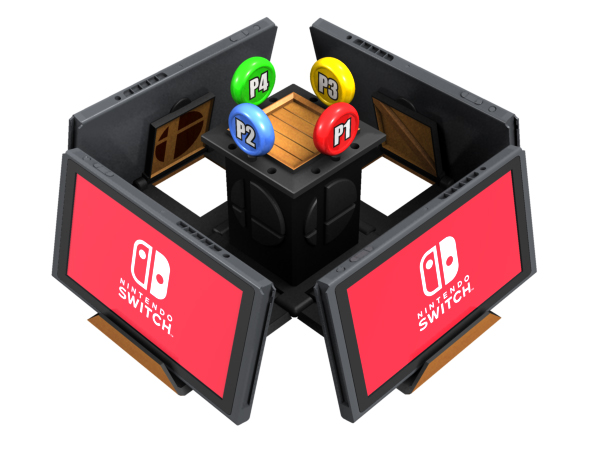 The Wii U version of Smash Bros. had an 8-player mode. The Joycon controllers could  allow 2 players to share a screen, even for some 1 v 1 play. Just in case I designed this with 8 players in mind: 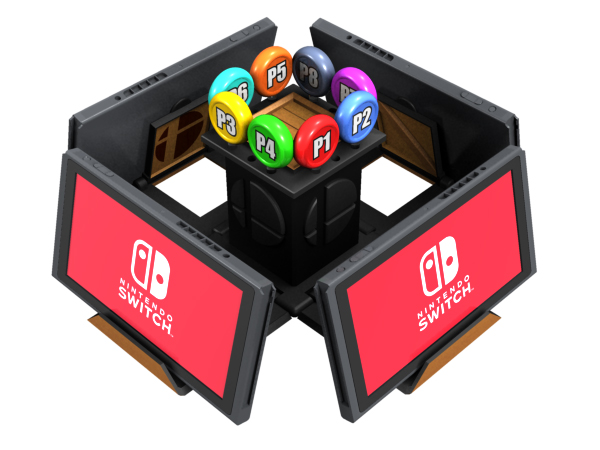 Worst case scenario is 2 separate stands would be needed for 8-players.

The crate by itself would be a neat prop, but I admit this is a niche design idea. Not too many gamers would sit around a table to play like this.