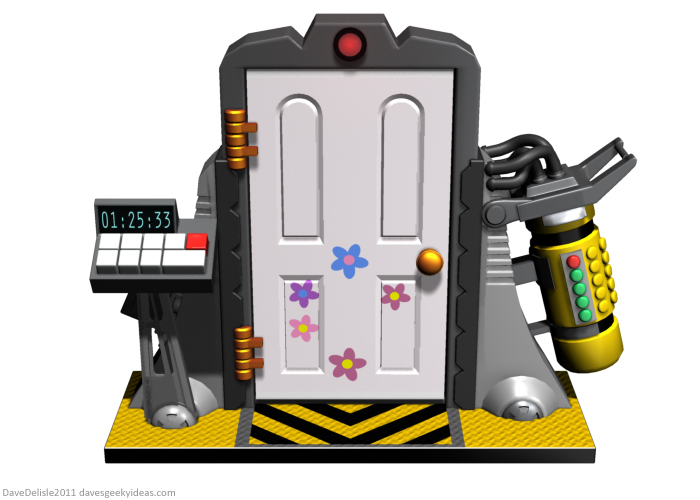 Initially I was going to make this a Blu-Ray case, but upon remembering how functional the Scare Floor Door System was in the film, I thought it would be better as a Blu-Ray/DVD player.

I’m reminded of that excellent R2D2 projection DVD player. If it were up to me, I would have made an ejecting lightsaber into the remote, instead of the Millenium Falcon. 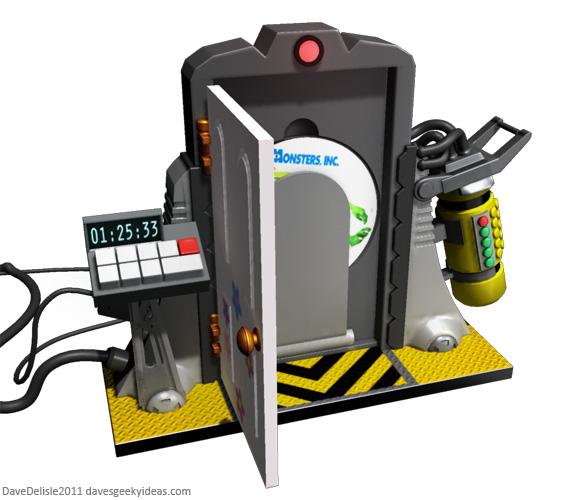 The door swings open to reveal a vertical disc tray. The spinning mount rotates down to allow access to the disc. This is where I deviated, in that the door seen in the film swings away not toward (a necessary evil).

And while many don’t care for visible cables lying about, it would actually make sense for this industrial design. 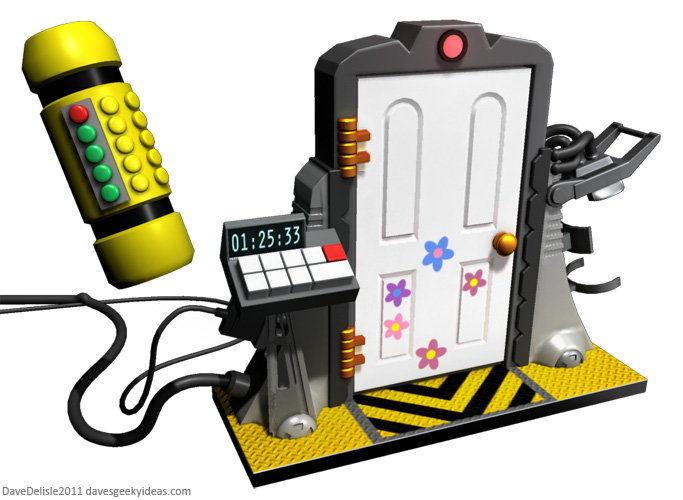 The power canister was made into a remote. The light above the door is the power indicator (just like the film). The control panel to the left of the door features all the control buttons (power, play, fast forward, etc.).

Not only do I like the theme and functionality of this design, but it falls into my long-held belief that component electronics should be flat just like the flatscreen TV. 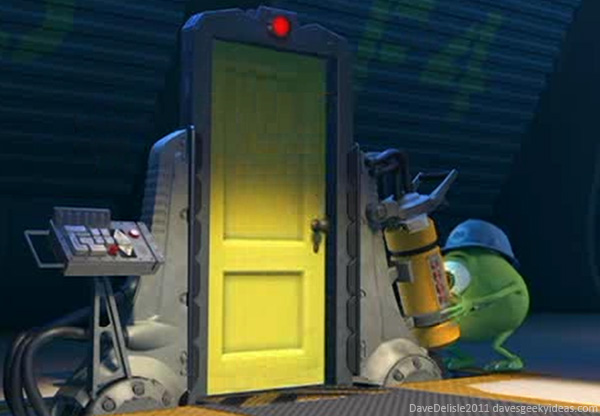 I’m glad I didn’t design this as a blu-ray case. I already have a Blu-Ray case based on a door. Don’t want to repeat myself too much!