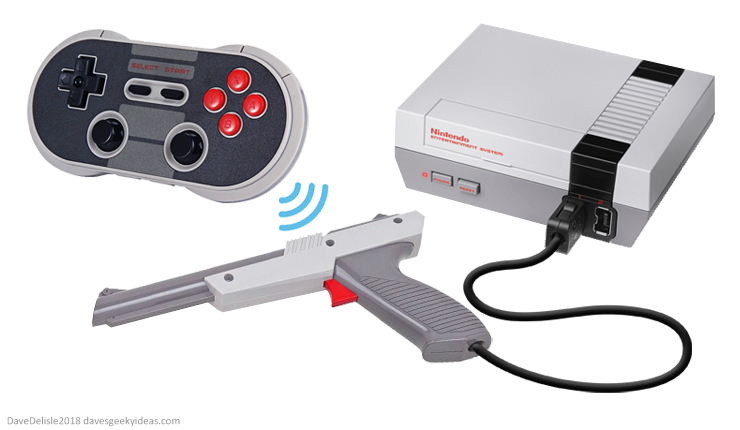 There have been several wireless controllers released for the NES and SNES Classic consoles, and they all feature a dongle that, in my opinion, is a bit too large and unsightly to look at. So I propose a dongle that is concealed inside a NES Zapper.

The trigger of the Zapper would be the ‘sync’ button, and an LED light would be in its barrel to indicate power or syncing-in-progress. It would be a smaller Zapper to match the scale of the NES Classic.

With the NES Classic being re-released sometime this year (Nintendo: 2 controllers, longer cords, and Ice Hockey this time please), I feel this dongle design would be a hit with collectors. Some companies like 8bitdo sell their wireless dongles separately so people can just swap these in without having to needlessly buy another controller.