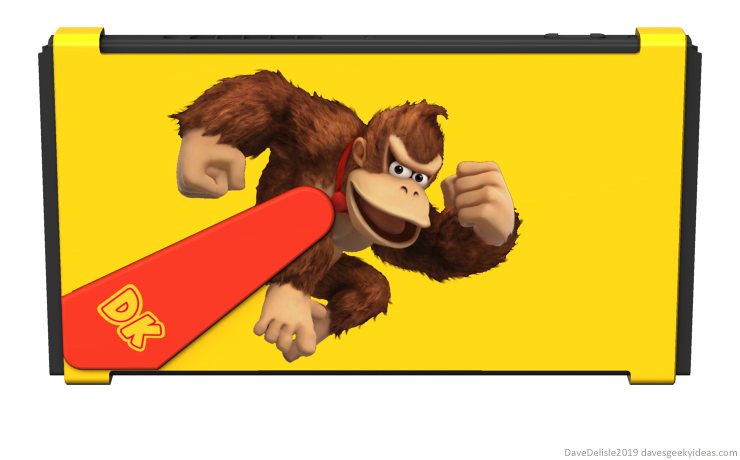 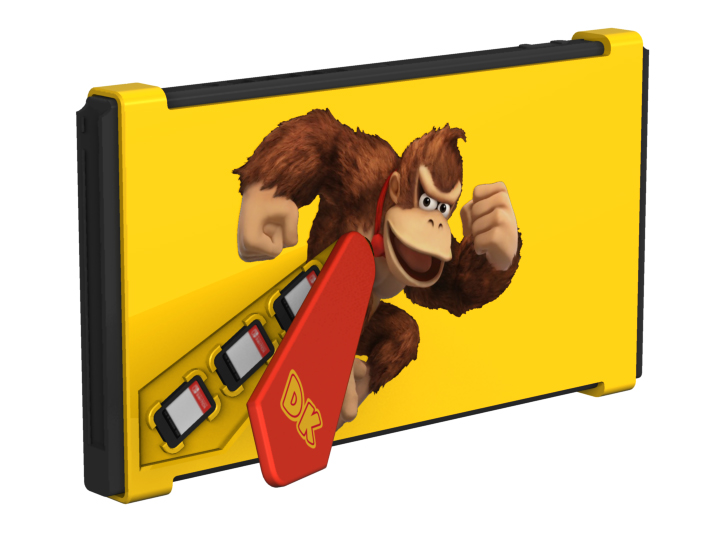 The stand kicks out to reveal game storage. Can probably stuff a stylus in there too. 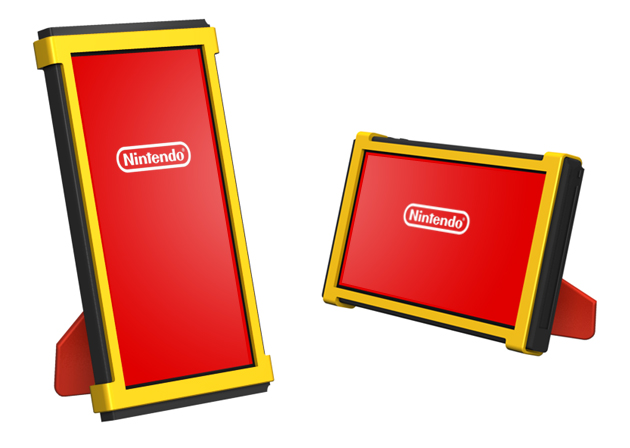 The tie doubles as a picture frame stand, allowing for the Switch to sit in landscape and portrait orientations. Does the Switch have any games or apps that run in portrait mode?

This is not a critique of the built-in Switch stand, I just wanted some game storage because the carts are so small. A bigger stand could accommodate this storage feature.