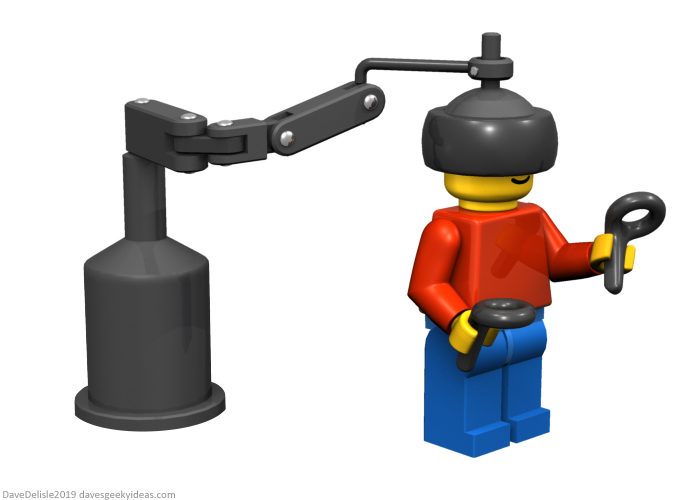 That is a question mark in the title, because I honestly don’t know if this will work: using a Steadicam arm rig to hold a VR headset. The goal is not to create a stabilized image, but to reduce the weight of the VR headset to almost nothing, while allowing complete movement of the user (within arm’s reach, literally). At least that is my theory.

The gimbals are directly above the head. The arm is affixed to a heavy pillar, that acts like a Steadicam operator. A chin strap may be needed to keep the headset on the user’s noggin. This rig could allow for really heavy headsets with huge displays and speakers, the whole nine yards. But again, I’m not really sure. Makes you think though.

One thought on “Steadicam VR Rig?”