A pendant of Link with his trusty hookshot serving as a chain, what’s not to like? It’s a lot friendlier than my original idea, which was based on Attack On Titan (where you are the titan). You could probably do a standalone hookshot necklace, but the addition of the character truly completes this design.

END_OF_DOCUMENT_TOKEN_TO_BE_REPLACED

This edition of Geek Bling features the friendly neighborhood webhead, who is no stranger to necklaces/chains, but for some reason no one has made the chain itself the web, at least in this obvious a fashion.

The design and pose is based on the 60’s cartoon, which has now been reduced to fodder for internet memes. I have a soft spot for the poorly-animated series, because I feel it was the first ever motion comic (and likely intended as such), not a traditionally animated cartoon.

Nearly had a few of my past Geek Bling designs made, which I would have made available here like I did my hockey jerseys. But alas, can’t seem to find a willing jewelry maker. Hopefully one day I can arrange something for interested people. 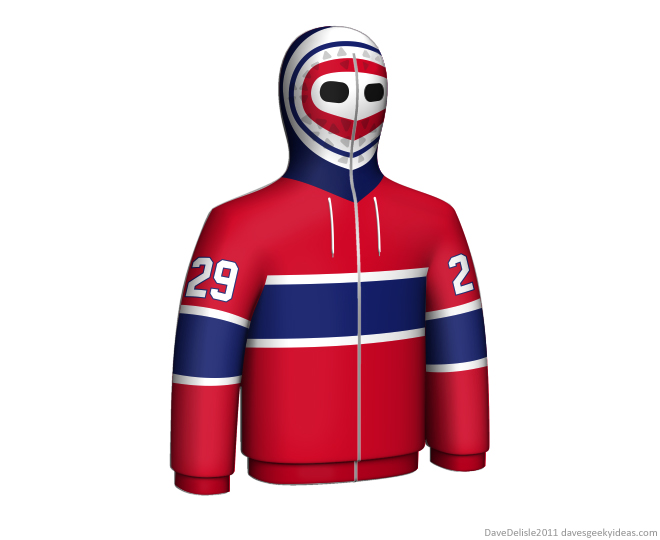 Full-zip hoodies basically come with a mask once fully zipped-up. Plenty of potential for Superheros and other geeky characters! Personally I’d like to see NHL-themed hoodies with retro goalie masks (like Ken Dryden above), but that’s probably not your cup of tea. After the jump are a bunch of designs you might like.

END_OF_DOCUMENT_TOKEN_TO_BE_REPLACED 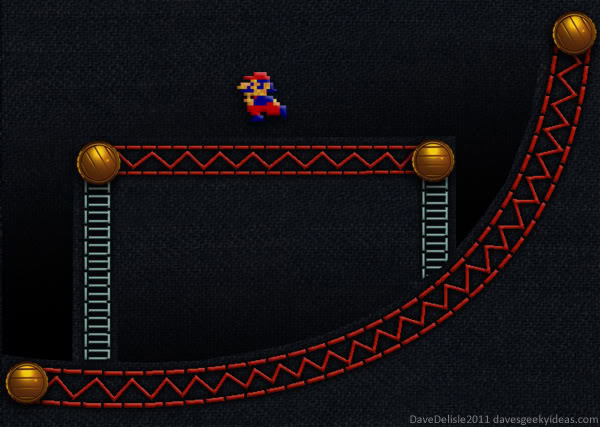 These Donkey Kong jeans would feature stitching that looks just like the steel girders and ladders from the game, as well as barrel-looking fasteners and buttons. Perhaps the odd embroidered character too.

For me I would limit this style to the jean pockets, though I imagine the girls could sport a pair of jeans that were fully encompassed in this kind of stitching. This design would work best on darker-colored denims.

Maybe DKNY could make these? 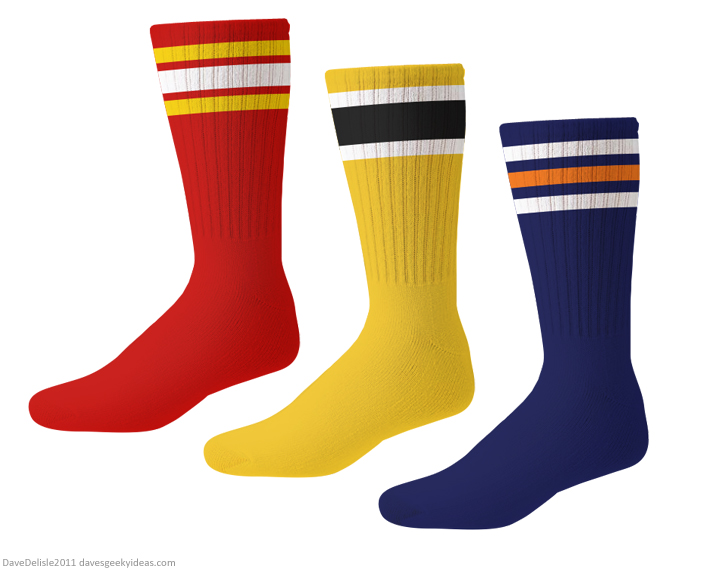 You can buy NHL-branded socks that feature the team colors, logo, and nickname. But what about socks that look just like the ones the players are wearing? No such thing exists! It’s weird. Perhaps they are too generic in appearance?

Logos could be tacked on but I don’t think they are necessary. Would be nice to just buy a pack of these at a Walmart instead of those boring white tube socks.

Here’s a very simple NES Controller shoe. The laces double as the controller cord, making it look like a gamepad is strewn about your foot. This design can be applied to many other consoles.