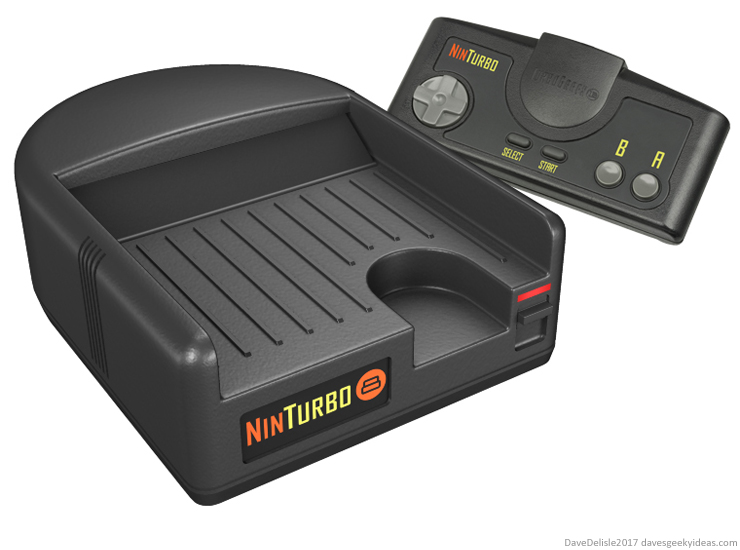 This was going to be my original approach for the previous NES clone console design, but once I settled on a clear plastic cover for the cartridge bay I opted for a Nintendo look. Thought I’d revisit the concept, which is a homage to the unloved TurboGrafx 16 (PC Engine in Europe/Japan).

This is another front-loading console, with a wedge-shaped flap that folds down when a cartridge is inserted. I know the original TurboGrafx console had no cover for its cartridge pins, but you gotta keep the dust out.

The TurboGrafx was ahead of its time, with cartridges (known as ‘Hucards’) small enough to work on a handheld device called the TurboExpress. Unfortunately none of its games captivated me in the same way Nintendo and SEGA did, so I’ve yet to play anything from its library of games. Anything worth seeking out?