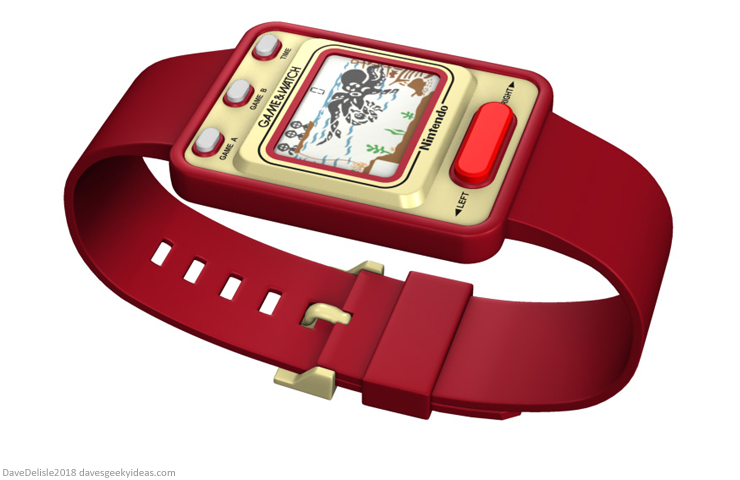 Thanks to color e-ink displays, a Game & Watch wristwatch is something that could be done today. It would display time when not being played with, and could be home to several G&W games that primarily used left and right as the controls.

A single button would be used to toggle left or right. Originally I had the Nintendo logo on the button, but it could be rubbed off with a lot of play. Or it would be uncomfortable if the logo was engraved into the button.