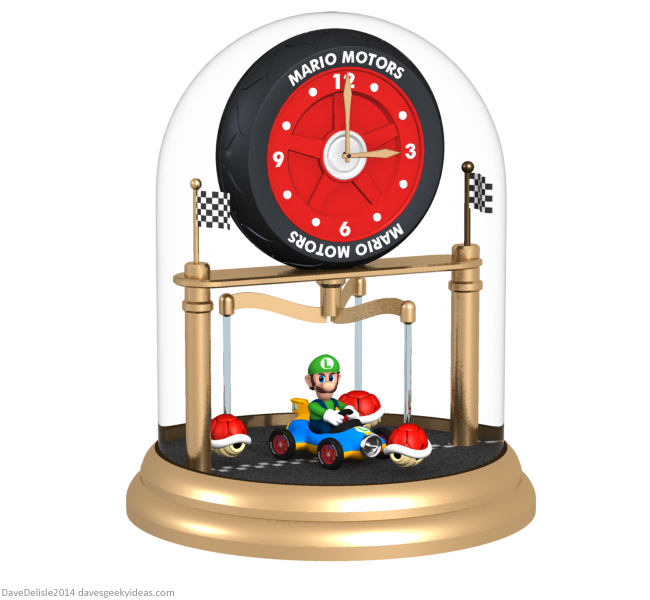 3 o’clock? More like Luigi o’clock, amiright? I say this because the hands on the clock look like an ‘L’…okay that joke was funnier in my head.

Anyways, whenever I see one of those fancy torsion pendulum clocks, specifically ones with the the orb-shaped weights, I am reminded of the Koopa shells spinning around a racer in Mario Kart.

With the shell weights being suspended by a clear plastic (or glass) pillars, it would almost look like they are being self-propelled (I used a clear blue material so you can see them here).

I went with a tire and rim for the main clock, but other Mario Kart imagery could be used instead. One note: the shells wouldn’t spin around in one direction continuously, they’d reverse direction every 15 – 20 seconds – I couldn’t express that in the GIF.

Here’s hoping such a clock could be made. It would be the sort of family heirloom geeks would covet.