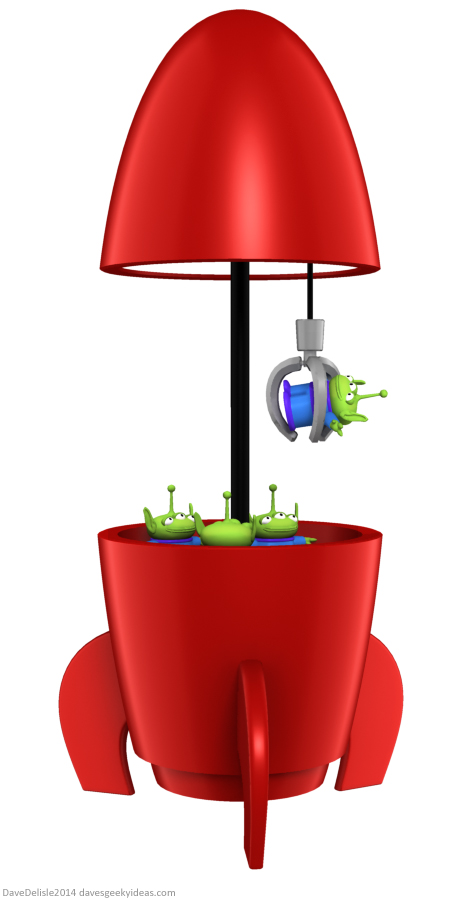 Here is a lamp design based on the claw crane game from the first Toy Story film, and it features a “captured” alien that you pull to turn the light on or off. It is the silliest thing I have ever posted.

The mockup above is on the small side to get the idea across, however I would prefer a large lamp populated by many alien dudes. You could even make the lower half a table, and the top half the lamp, if you get my drift. Either way a larger lamp would look closer in scale to its onscreen counterpart (which looks exactly like this, except it has glass partition supporting the top part of the rocket).

Bonus idea: originally I thought the captive-alien-in-a-claw would work as a necklace/pendant, similar to the Zelda design from a few months back.